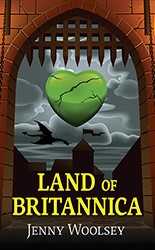 Twelve-year-old Brittney is upset her parents have split up and she wants them back together. After Dad introduces his girlfriend to Brittney and her brothers, she is plunged into a strange world… the Land of Britannica. This kingdom is ruled by the evil Storm Queen and it is Brittney’s mission, as stated in the Book of the Kingdom, to defeat the queen and restore the cracked green heart that hangs in the sky. She must face many perils and dangers. Will Brittney be able to fulfil her destiny?

See a review of Land of Britannica at Goodreads

Available as an EBOOK or PAPERBACK in most online bookstores: 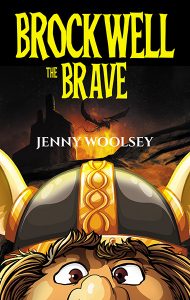 I launched my second middle grade novel, Brockwell the Brave, on Saturday the 16th of September, 2017. I decided to hold this launch at the local park and playground.

The afternoon was wonderful with lots of friends and family coming along to help me celebrate.
The themes for the afternoon were dragons, vikings and hearts. The children who came along dressed up and I had some activities for them to do .

Below is my speech and then some photos.

I hope you enjoy using these free resources in your classroom. Leave a post letting me know which one’s you’ve used and if there are any other type of worksheet that would be useful. 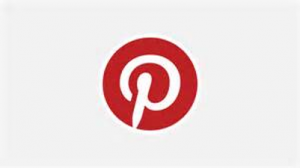 An Interview with Jenny about why she wrote Brockwell the Brave

Why did you write Brockwell the Brave?

My first book, Ride High Pineapple, was based on myself and my eldest daughter. I wanted my second book to be based on my son. He also has my craniofacial syndrome but I didn’t want to write a boy version of the story. I decided to focus on another of my son’s qualities. He is not your typical boy. My son growing up has been a quiet, gentle and you could say, ‘girlie’ boy. He was always into dressing up, he loved dancing, he didn’t possess any action figures or trucks or cars. He owned ‘girl gender’ toys, loved sparkles and the colour pink. My son is now 14 and has hair nearly down to his bottom. He loves to read, to draw, to cook, video games and his soft toys.

Now one could say this is a product of his circumstances and environment. He has two sisters, so he grew up playing with them, and his friends from kindy upwards have been girls as well, so he has grown up in their world. My son was also banned from playing sport growing up because of his face. And his hair was shaved off multiple times with operations, so there could be a subconscious want to have a long hair. Who knows? But it doesn’t matter to us. We love him how he is.

The story Brockwell the Brave, is set in a fantasy Viking village called Enga. Brockwell, the main character, lives on a dragon farm. Even though the village is a fantasy, everything else relating to the village and Viking way of life, is factual, including the names used. Throughout the story I have inserted the Icelandic language which is the closest modem day language to Old Norse. This added some extra authenticity to the story.

I chose the dragons as my son asked for dragons to be in the story. At the time, he has obsessed with the How to Train Your Dragon series and was collecting the dragons he liked. I was very conscious, not to make my book similar to the films or books.

So Brockwell is twelve, and lives on a dragon farm. His family raises dragons from eggs to be the working animals in the village, like bullocks in the olden days. He loves the babies but is scared of the older dragons which his father wants him to feed and care for. He also likes to do the ‘female’ jobs like going to the village markets to buy the food. Brockwell’s secret desire is to be a healer and he often sneaks off to the village healing hut to help out. Brockwell’s best friend is a strong girl, Ingrid. Mr Ness, Brockwell’s father, believes she’d make a better son then he is. The village bully, Colden, picks on Brockwell as he is a soft target. One day, Brockwell’s father goes on an expedition to rescue an injured wild dragon. He would bring the dragon back to the farm. When Mr Ness doesn’t return, Brockwell goes against his mother’s wishes, and goes with Ingrid and her brother, to find his father. He is given a magical dragon’s tooth which belonged to his grandfather, to protect him. Along the way Brockwell must face his fears and encounters many obstacles. I cannot tell you the ending. 🙂

What did you enjoy the most about writing the story?

I really enjoyed researching the Vikings way of life. I learned a lot! I enjoyed researching Old Norse names for the names of the characters. And I loved creating my own type of dragons and deciding what they would be used for in the village. I wanted them to be unique and the babies adorable.

If you could own a dragon, what would it look like?

Hmmm, my dragon would be hot pink, with scales that shine like the colours of the rainbow. It would be more cute than scary. It would probably also have a silver heart on its side, as I love anything with hearts.

Brockwell the Brave provides an insight into the world of the Vikings and teaches some of the Icelandic language. The story is a fun adventure with a magical component. It challenges gender stereotypes of both boys and girls. It teaches a child it is okay to be themselves, and that they can face their fears.

Where can people buy Brockwell the Brave?

Brockwell the Brave is available as an ebook and a paperback. It can be purchased from many online bookstores which are listed on my website, and from me directly, via my website.

Twelve-year-old Viking, Brockwell Ness, lives on a dragon farm in the village of Enga. He would prefer to be at the healing hut rather than at home with the scary juvenile and adult dragons or around the village where Colden picks on him. When Brockwell’s father doesn’t come back from a mission to capture an injured dragon, he has to make a decision. Will Brockwell be able to face his giants?

Read a review of Brockwell the Brave at Goodreads

Available as an EBOOK or PAPERBACK in most online bookstores: