As I have explained on the About page, I was born with a craniofacial syndrome called Crouzon syndrome. My eldest two children also have the syndrome.

So what is Crouzon syndrome? Some of this is a bit medical

The word ‘craniofacial’ refers to conditions or syndromes that affect the skull and/or face.

Crouzon syndrome (also known as Craniofacial Dysostosis) was originally described in 1912 by O. Crouzon in Paris. The syndrome is caused by a mutation in the FGFR2 (fibroblast growth factor receptor-2) gene or in the FGFR3 gene (known as acanthosis nigricans when a dark discolouration occurs with rough skin in the armpits and groin).

This mutation means that when the baby’s face and skull are forming in the womb, the cells which form them are over active, so grow too quickly. To this simply, the bones reach their growth potential too soon, so are stunted or small in size.

Characteristics of a person with Crouzons are described below. Though like in any condition, symptoms can range from mild to severe, and not all people display all characteristics. Also symptoms can be different in each generation.

I have found from talking to other people who have Crouzons, or their children do, there are also other characteristics that have not been documented.

The main symptoms are:

Before birth and early in infancy, a child’s brain grows very rapidly, reaching 70% of its eventual adult size in the first year. To keep up with this growth, the head must expand rapidly while keeping the brain protected. This is able to happen because a baby’s skull bone is made up of a collection of many smaller bones. Where these bones meet are called sutures. Each of these sutures has a name. 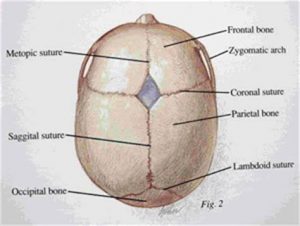 As the brain grows the sutures expand allowing for rapid symmetrical expansion. In babies with Crouzon syndrome these sutures ‘close’ or fuse together which means these bones cannot expand for brain growth. If there are sutures which are not fused then that is where the brain will grow towards leading to abnormal head shapes. Because the brain is growing but the skull does not in most cases expand adequately enough for the brain’s size, pressure is also put on the brain which if not eased, will lead to intellectual impairment and eventually death. The brain can also put pressure on the optic nerves at the back of the eye which can lead to blindness.

People with Crouzons look similar and could often pass as brothers and sisters.

The feature that stands out the most when looking at a person who has Crouzons, are their prominent eyes. These can be of varying degrees, depending on the degree of severity. The bulgy eyes are due to shallow eye orbits (sockets). Along with the big eyes comes a flattened face which makes the eyes look bigger. The face looks flat because the middle of the face – under the eyes down to the top jaw, stop growing prematurely. This leads to the eyes looking more and more prominent and the bottom jaw getting more and more prominent over time. 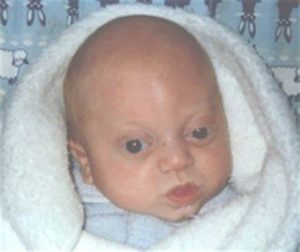 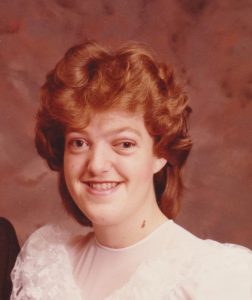 These symptoms, many of which are facial characteristics, are also common in Crouzon syndrome:

In ‘regular’ people, the face changes from your baby to your child to your teen to your adult face. In people with moderate to severe Crouzon syndrome, surgeries are necessary to change the face for it to be in proportion and to alleviate the associated medical risks (airways and eyesight).

This is a quick timeline of myself:

Many of the children today with Crouzon syndrome, undergo a midface advancement which pulls out the bones in the middle of the face. There are a few different methods, but the most common is called a RED halo (Rigid Extraction Device). Here are a couple of pictures from my son: 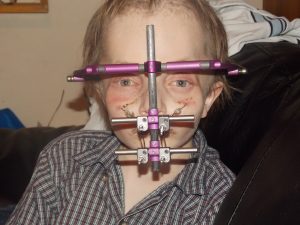 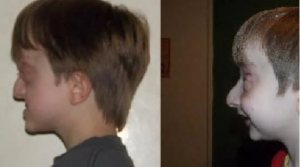 This all looks positive, but there is a problem, and that is the bones tend to stay where they have been moved to, and as the face changes as the child becomes an adult, the jaw and forehead sometimes outgrow the midface bones, and more surgery is required when the child turns 18.

Crouzons, Downs and Me… Love and Life

Or you can watch these videos on YouTube which I have made: