I was born in Brisbane, Australia, with a rare craniofacial syndrome, called Crouzon syndrome. Growing up I was bullied constantly, suffered from anxiety and depression, and felt very misunderstood. In the 1970s I underwent pioneer craniofacial reconstructive surgeries which left me visually impaired. From being bullied growing up, I went into a domestic violence marriage, which I eventually was able to escape from.

I have three beautiful children to my husband who I met on the internet when it wasn’t the norm. My eldest two children have my craniofacial syndrome and my youngest child has Down syndrome.

Having three children who have needed surgeries and therapies, and constant hospital appointments, has given me a unique perspective on life and has led to my advocacy and speaking work.

As mentioned, I am an advocate for people living with facial differences, mental illness and for the inclusion of children with disabilities in mainstream schools and out in the community.

Before I became an author…

I enjoyed writing and learning as a child and teenager, and followed this passion into primary teaching, for 25 years in the classroom where I loved caring for the children, seeing them learn something for the first time, or achieve something that they had been struggling with. In 2014, a severe bout of anxiety and depression abruptly brought my career to an end. I grieved for my loss and sought a new path. While recuperating, I started to write again.

Why do I write now?

I write to help people, particularly children. I has been through a lot in my life and if I can assist others in the same situation through my writing, then that makes me feel happy and content with what I have been through. It’s been a tough road.

I write about what would have helped me as a child and teen. 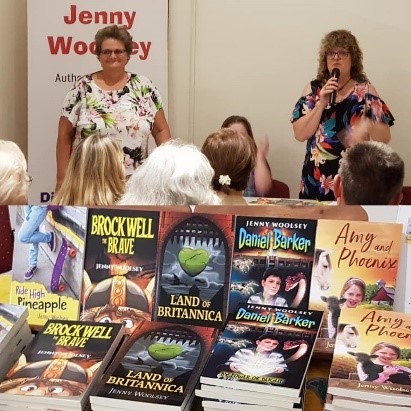 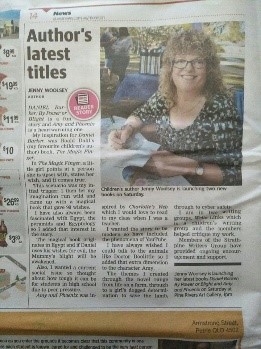 As a child I loved to write. In fact I have vivid memories of spending my lunchtimes writing stories in Year 3 and 4. In high school I turned to poetry and journaling to release my frustrations with the world. In Year 12 I won a regional writing competition.

When my children were young I started writing her blog: Crouzons, Downs and Me…Love and Life. This blog was a way of documenting what my family was going through with the children, and also as a resource for others to access. It was around this time that I also set up the International Crouzon Syndrome Support Group page on Facebook. In 2016 I began the blog, Jenny Woolsey – The ABCs of Life which became Be Weirdly Wonderful!, which is a reflection of how I see the world.

My debut children’s novel, Ride High Pineapple was launched in July 2016. The story is about Issy who has my craniofacial syndrome, is bullied and suffers from anxiety. It follows her journal as she learns through skateboarding to be an overcomer. I was fortunate enough to have the Children’s Craniofacial Association in America write the foreword for me and endorse the story.

My second novel, Brockwell the Brave was released in October 2016. This story is about a gentle Viking boy, Brockwell Ness, who lives on a dragon farm but he is scared of the adult dragons. Brockwell would prefer to be at the healing hut. His father is angry with him for not being tough. Mr Ness doesn’t come back from rescuing a wild dragon and Brockwell must face his fears to find his father.

My third novel, Land of Britannica was released in September, 2017. This story is about twelve-year-old Brittney who is upset that her parents have broken up. When Dad introduces his new girlfriend to her, Brittney is plunged into the fantasy Land of Britannica. A land with talking animals, weird food, dragons and an evil queen. She finds out it is her destiny to save the cracked green heart from falling from the sky. Brittney receives a special suit with superpowers to face the many challenges she must overcome.

In 2017 I had two short stories published in anthologies: Finding Alisha about teenage depression was published in Redemption, and The Power of a Woman’s Eyes about women becoming superheroes was published in Like a Woman.My fourth novel, Daniel Barker: By Power or Blight was released in February, 2018. The story is about thirteen-year-old Daniel who receives a special book that originally came from Egypt. It entitles him to 99 wishes which must be used for good not evil. In primary school all goes well, but in Year Eight, in high school, Daniel is bullied and taunted. He gives in to the peer pressure and unleashes the Mummy’s blight. He must then try to stop the chaos that ensues. This book is the first in a series.

My fifth novel, Amy and Phoenix was released in February, 2019. The story is about a young girl, Amy, who lives on an Australian farm. A lamb is born with three legs and her father wants to put it down. Amy can talk to the animals like Dr Doolittle and the lamb is born to her favourite ewe. The story follows Amy’s quest to save Phoenix. This book is the first in a series. 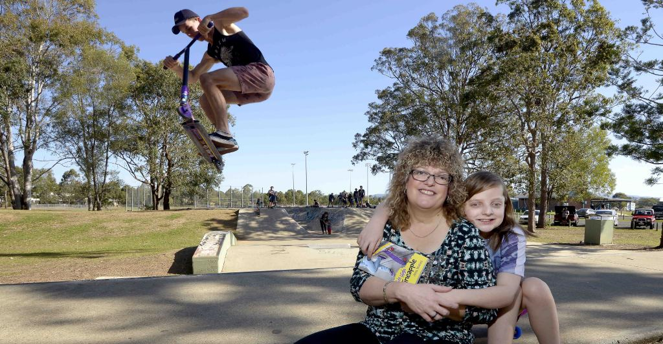 Jenny Woolsey is an Australian children’s author and motivational speaker on the theme, Embrace your difference and love your uniqueness. She is an educator, blogger and advocate for disability equality, facial differences, Down syndrome and inclusive education.

Jenny visits schools and speaks on diversity, facial differences, bullying, mental health and being kind to others. She encourages children to be their true selves. Jenny was born with a rare craniofacial syndrome and is visually impaired, and her children have disabilities. Diversity and difference are her life.

Jenny has written five children’s/YA novels and been included in six anthologies. Her stories have been sold internationally, received honourable mentions and been longlisted in competitions.